David Evennett was elected for the fourth time

The returning MP for Bexleyheath and Crayford has shared his disappointment at the result of the prime minister’s snap general election.

Called by Theresa May as a way for the Conservatives to increase their majority in Westminster, and stamp out reluctance for a hard Brexit, many have been left feeling bruised after the result ended in the second hung parliament in seven years for Britain.

The constituency of Bexleyheath and Crayford, re-elected Conservative David Evennett as its MP for the fourth time on Friday, as the rest of Bexley also saw it’s 2015-elected MPs return to their seats.

But upon his victory speech, Mr Evennet expressed some of his feelings on the result.

He said: “It is an honour and privilege to be re-elected to serve the people of Bexleyheath and Crayford and I am delighted with the sipport I received locally.

“Naturally I was disappointed that the Conservatives did not achieve an overall majority in the House of Commons.

“However, I am looking forward to returning to Parliament next week and the main issues that I raised in our local campaign including transport, education, the NHS, the economy, and Brexit will be high on my agenda.”

Stefano Borella, the Labour candidate who ran against Mr Evennett, added a warning about the proposed coalition whilst thanking voters.

He said: “I am very proud to have been the Labour candidate in Bexleyheath and Crayford. We had a great result. Thanks to everyone who voted. I’m really proud to have been part of an excellent Labour campaign led by Jeremy Corbyn, and glad voters supported our positive manifesto ‘for the many’.

“Congratulations to Teresa Pearce in Erith and Thamesmead and Clive Efford in Eltham for being elected, and Danny Hackett in Old Bexley and Sidcup on a great result.

“Conservatives should remember that Jeremy Corbyn is the first Labour leader since Tony Blair to achieve 40 per cent voter share. And the fact the Conservatives are going to join up with the anti-abortion, anti-gay marriage, and terrorist supporting Democratic Unionist Party is disgraceful.”

Mr Borella received 36 per cent of the votes, whilst Mr Evennett gained 56 per cent.

Police appeal after shooting in Thamesmead 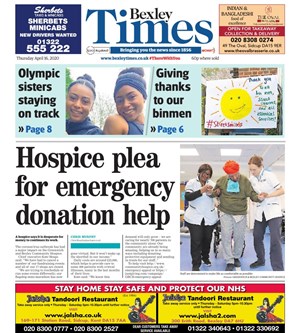 Comments have been disabled on this article.

Police appeal after shooting in Thamesmead

Take on our Friday pub quiz!

Bexley Council top in London for spending on apprenticeships